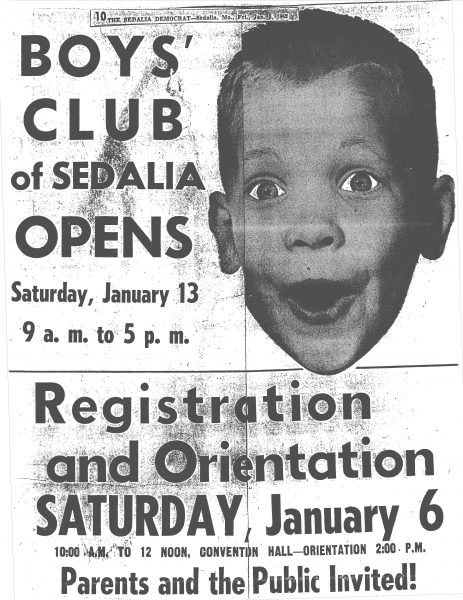 Boys & Girls Clubs of West Central Missouri began operations in 1960 with the opening of the Boys Club of Sedalia, serving 100 boys a few days a week at Convention Hall. In 1990, the Club added “girls” to its title and moved from its central location downtown to five Club Sites in Sedalia elementary schools.

Today, Boys & Girls Club serves more than 1,400 children at 12 Club sties in seven communities. With a focus on Academic Success, Character and Leadership Development and Healthy Lifestyles, BGC does whatever it takes to ensure great futures start for all children in rural west central Missouri.